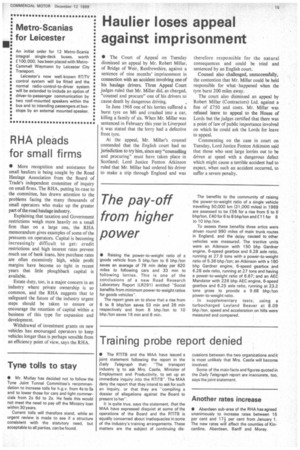 Page 17, 12th December 1969 — Metro-Scanias for Leicester
Close
Noticed an error?
If you've noticed an error in this article please click here to report it so we can fix it.

An initial order for 12 Metro-Scania integral single-deck buses, worth £100.000, has been placed with MetroCammell Weymann by Leicester City Transport.

Leicester's now well-known RT/TV control system will be fitted and the normal radio-control-to-driver system will be extended to include an option of driver-to-passenger communication by two roof-mounted speakers within the bus and to intending passengers at busstops by an external mounted speaker.