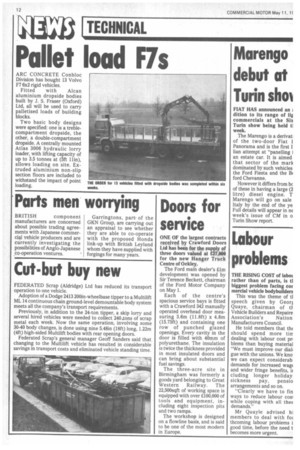 Page 14, 11th May 1979 — Marengo debut at Turin slum
Close
Noticed an error?
If you've noticed an error in this article please click here to report it so we can fix it.

FIAT HAS announced an dition to its range of lig commercials at the Sim Turin show being held .11 week.

The Marengo is a derivat of the two-door Fiat 1 Panorama and is the first I lian attempt at "panelling an estate car. It is aimed that sector of the mark dominated by such vehicles the Ford Fiesta and the BI ford Chevanne.

However it differs from bc of these in having a large (2 litre) diesel engine. T Marengo will go on sale Italy by the end of the ye Full details will appear in nE week's issue of CM in o Turin Show report.