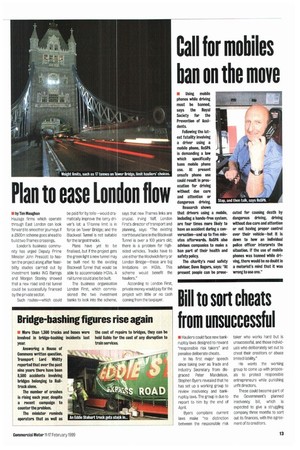 Page 15, 11th February 1999 — Bridge-bashing figures rise again
Close
Noticed an error?
If you've noticed an error in this article please click here to report it so we can fix it.

More than 1.300 trucks and buses were involved In bridge-bashing incidents last year.

Answering a House of Commons written question, Transport Lord Whitty reported that over the past nine years there have been 8,500 accidents involving bridges belonging to Railtrack alone.

The number of crashes is rising each year, despite a recent campaign to counter the problem.

The minister reminds operators that as well as the cost of '(pairs to bridges, they can be held liable for the cost of any disruption to train services