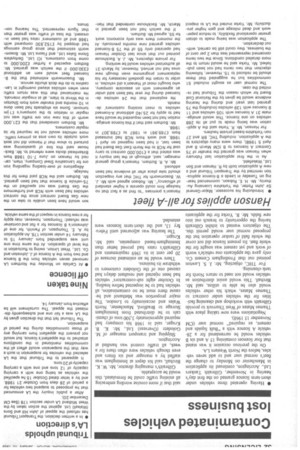 Page 34, 10th January 1969 — Tribunal upholds LA's direction
Close
Noticed an error?
If you've noticed an error in this article please click here to report it so we can fix it.

• In a written decision, the Transport Tribunal has refused the appeal of John Hill and Sons (Walsall) Ltd. against the action taken by the West Midland LA under section 178 (See CM December 20).

The Tribunal felt that the direction given by the LA was a fair one and subsequently dismissed the appeal. The curtailment will be effective from January 14.