London gets the hum 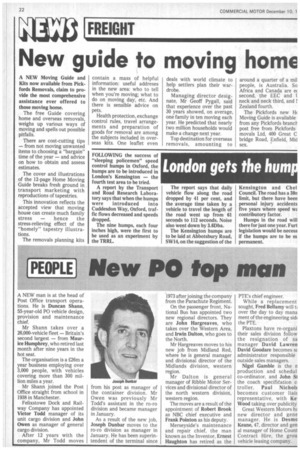 Page 24, 10th December 1976 — London gets the hum
Close
Noticed an error?
If you've noticed an error in this article please click here to report it so we can fix it.

FOLLOWING the success of "sleeping policemen" speed control humps in Oxford, the humps are to be introduced in London's Kensington — the fourth test area to be tried.

A report by the Transport and Road Research Laboratory says that when the humps were introduced into Cuddesdon Way, Oxford, traffic flows decreased and speeds dropped.

The nine humps, each four inches high, were the first to be used as an experiment by the TRRL. The report says that daily vehicle flow along the road dropped by 41 per cent, and the average time taken by a vehicle to travel the length of the road went up from 61 seconds to 112 seconds. Noise also went down by 3.6Dba.

The Kensington humps are to be laid at Abbotsbury Road, SW14, on the suggestion of the Kensington and Chel Council. The road has a 30n limit, but there have been personal injury accidents five years where speed ws contributory factor.

Humps in the road will there for just one year. Furt legislation would be necess if the humps are to be m permanent.