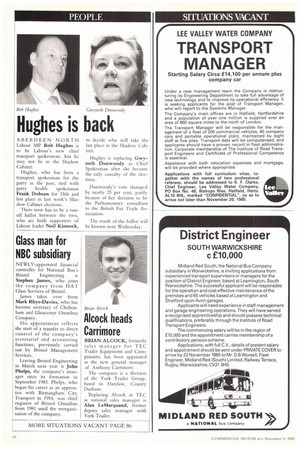 James takes over from Mark Rhys-Davies, who has become secretary of Cheltenham and Gloucester Omnibus Company.

His appointment reflects the start of a transfer to direct control of the company's secretarial and accounting functions, previously carried out by Bristol Management Services.

Leaving Bristol Engineering m March next year is John Phelps, the company's manager since its formation in September 1983. Phelps, who began his career as an apprentice with Birmingham City Transport in 1954, was chief engineer of Bristol Omnibus from 1981 until the reorganisation of the company.