New Fares to be Investigated 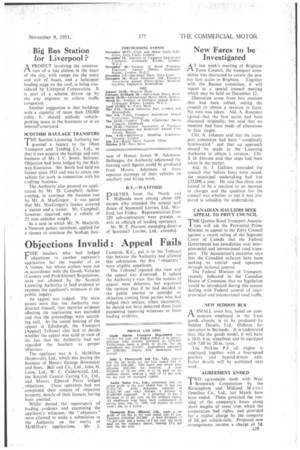 Page 31, 9th November 1951 — New Fares to be Investigated
Close
Noticed an error?
If you've noticed an error in this article please click here to report it so we can fix it.

AT last week's meeting of Brighton Town Council, the transport committee was instructed to review the new bus fare scales in Brighton. Together with the finance committee, it will report to a special council meeting which may be held on December 12, Discussion arose from two motions that had been tabled, asking the council to obtain a revision in fares. No vote was taken. Aid. A. Rostance agreed, that the fare scales had been discussed originally, but said that no mention had been made of alterations in fare stages.

ClIr. A, Johnson said that the transport committee had been "completely bamboozled" and that an approach should be made to the Licensing Authority to obtain a revision. Cllr. S. D. Deason said that steps had been taken in the matter.

Ald. H. J. Galliers reminded the council that before fares were raised. the municipal undertaking had lost £33,000 a year. He said that there was bound to be a reaction to an increase in charges and the question for the council was whether or not it was prepared to subsidize the undertaking.