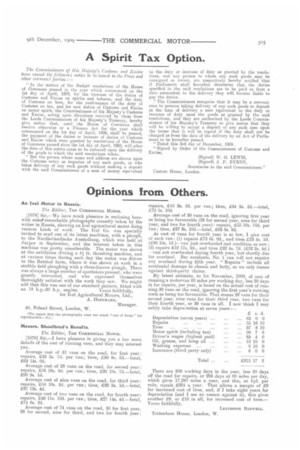 Page 35, 9th December 1909 — A Spirit Tax Option.
Close
Noticed an error?
If you've noticed an error in this article please click here to report it so we can fix it.