M & B sticks with Chamberlain Philips 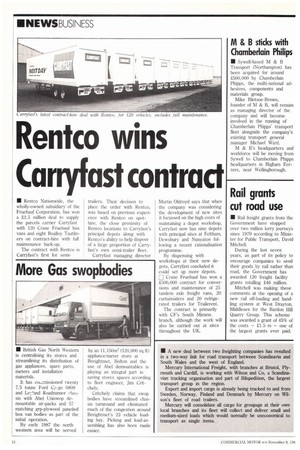 Page 14, 8th November 1986 — M & B sticks with Chamberlain Philips
Close
Noticed an error?
If you've noticed an error in this article please click here to report it so we can fix it.
Keywords : Wellingborough, Market Towns In England, Chamberlain, Labor

• Sywell-based M & B Transport (Northampton) has been acquired for around £500,000 by Chamberlain Phipps, the multi-national adhesives, components and materials group.

Mike Bletsoe-Brown, founder of M & B, will remain as managing director of the company and will become involved in the running of Chamberlain Phipps' transport fleet alongside the company's existing transport general manager Michael Ward.

M & B's headquarters and workforce will be moving from Sywell to Chamberlain Phipps headquarters in High= Ferrers, near Wellingborough.