. and Reynard Pullman moves in 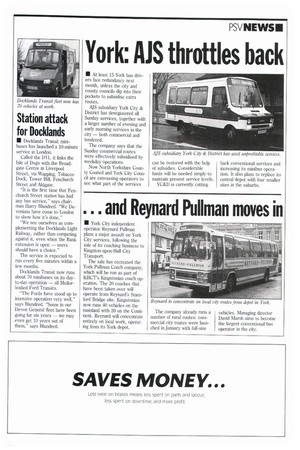 The sale has recreated the York Pullman Coach company, which will be run as part of KHCT's Kingstonian coach operation. The 20 coaches that have been taken over will operate from Reynard's Stamford Bridge site. Kingstonian now runs 40 vehicles on the mainland with 20 on the Continent. Reynard will concentrate entirely on local work, operating from its York depot. The company already runs a number of rural routes: commercial city routes were launched in January with full-size vehicles. Managing director David Marsh aims to become the largest conventional bus operator in the city.