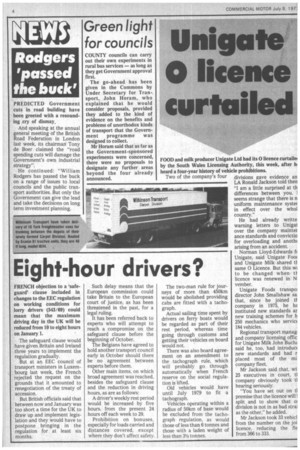 COUNTY councils can carry out their own experiments in rural bus services — as long as they get Government approval first.

The go-ahead has been given in the Commons by Under Secretary for Tran-, sport, John Horam, who explained that he would consider proposals, provided they added to the kind of evidence on the benefits and problems of unorthodox kinds of transport that the Government programme was designed to collect.

Mr Horam said that as far as the Government-sponsored experiments were concerned, there were no proposals to designate any further areas beyond the four already announced.