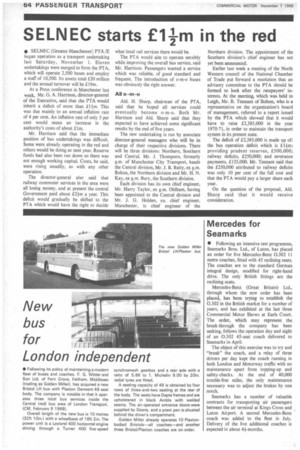 • Following its policy of maintaining a modern fleet of buses and coaches, F. G. Wilder and Son Ltd. of Fern Grove. Feltham, Middlesex (trading as Golden Miller), has acquired a new Bristol LH bus with Plaxton Derwent 49-seat body. The company is notable in that it operates three local bus services inside the Central (red) bus area of London Transport, (CM, February 9 1968).

A seating capacity of 49 is obtained by four rows of three-and-two seating at the rear of the body. The seats have Dapta frames and are upholstered in black Amble with welded seams. The air-operated entrance doors were supplied by Deans, and a pram pen is situated behind the driver's compartment.