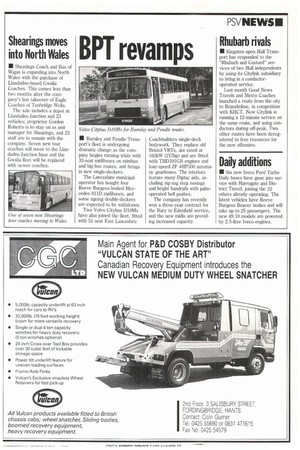 Page 21, 7th June 1990 — BPT revamps
Close
Noticed an error?
If you've noticed an error in this article please click here to report it so we can fix it.

• Burnley and Pendle Transport's fleet is undergoing dramatic change as the company begins running trials with 33-seat midibuses on minibus and big-bus routes, and brings in new single-deckers.

The Lancashire municipal operator has bought four Reeve Burgess-bodied Mercedes 811D midibuses, and some ageing double-deckers are expected to be withdrawn.

The company has recently won a three-year contract for the Bury to Edenfield service, and the new midis are providing increased capacity.