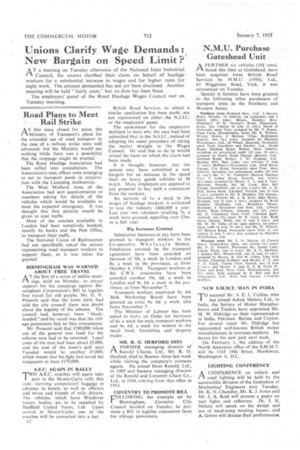 L. Collins, who has joined Ashok Motors, Ltd.. in India. the Society of Motor Manufacturers and Traders have appointed Mr. M. W. Eldridge • as their representative in India. Pakistan, Burma and Ceylon. For several years Mr. Eldridge has represented well-known British motor manufaCturers in overseas markets. He leaves for his new post next week.