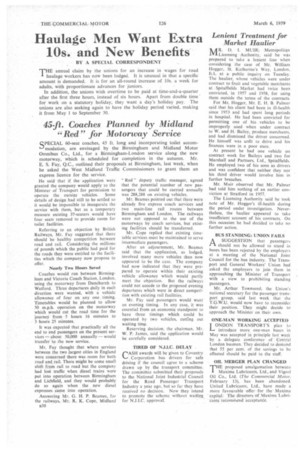 A SUGGESTION that passengers it should not be allowed to stand in buses has been rejected by the employers at a meeting of the National Join: Council for the bus industry. The Transport and General Workers' Union had asked the employers to join them in approaching the Minister of Transport with a view to prohibiting standing passengers.

Mr. Arthur Townsend, the Union's national secretary for the passenger transport group, said last week that the T.G.W.U. would now have to reconsider their position. They might decide to approach the Minister on their own.