ANC builds up in London 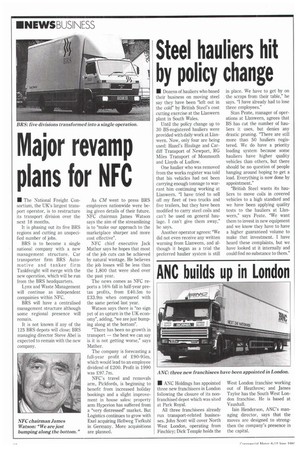 Page 14, 6th June 1991 — ANC builds up in London
Close
Noticed an error?
If you've noticed an error in this article please click here to report it so we can fix it.
Keywords : London, Finchley, London Heathrow Airport, Geography Of England

• ANC Holdings has appointed three new franchisees in London following the closure of its nonfranchised depot which was sited at Park Royal.

lain Henderson, ANC's managing director, says that the moves are designed to strengthen the company's presence in the capital.