Export Trade in Relation to an Import Tariff for the United Kingdom. 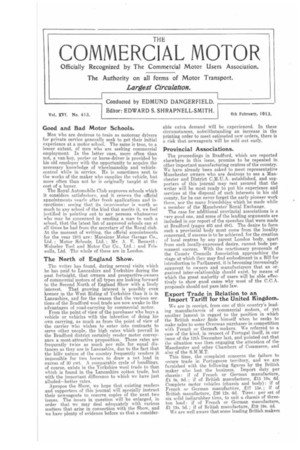 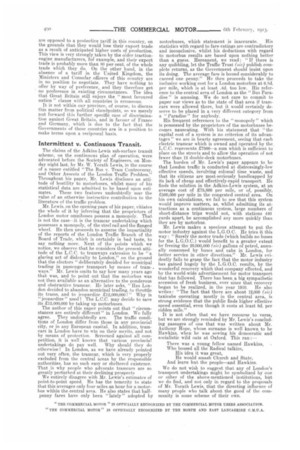 Page 1, 6th February 1913 — Export Trade in Relation to an Import Tariff for the United Kingdom.
Close
Noticed an error?
If you've noticed an error in this article please click here to report it so we can fix it.

We are in receipt, from one of this country's leading manufacturers of commercial motors, of yet another lament in regard to the position in which the British maker finds himself when he seeks to make sales to some Overseas purchaser in competition with French or Germali makers. We referred to a case of the kind, in respect of Portugal itself, in our issue of the 12th December last, and pointed out that the situation was then engaging the attention of the Manchester and other Chambers of Commerce, and also of the S.M.M.T.

It is not within our province, of course, to discuss this matter from political standpoints, so we merely put forward this further specific Case of discrimination against Great Britain, and in favour of France and Germany, which is due to the fact that the Governments of those countries are in a position to make terms upon a reciprocal basis.