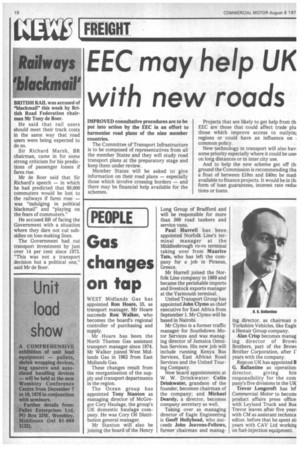 Page 20, 6th August 1976 — PEOPLE a
Close
Noticed an error?
If you've noticed an error in this article please click here to report it so we can fix it.
Keywords : Business / Finance

These changes result from the reorganisation of the supply and transport departments in the region.

Mr Stanton will also be joining the board of the Henry Long Group of Bradford and will be responsible for more than 500 road tankers and service vans.

Paul Hurrell has been appointed Norfolk Line's terminal manager at the Middlesbrough ro-ro terminal taking over from Maurice Tate, who has left the company for a job in Piraeus, Greece.

Mr Hurrell joined the Norfolk Line company in 1969 and became the perishable imports and livestock exports manager at the Yarmouth terminal.

United Transport Group has appointed John Clymo as chief executive for East Africa from September 1. Mr Clymo will be based in Nairobi.

New board appointments at W. W. Drinkwater: Colin Drinkwater, grandson of the founder, becomes chairman of the company; and Michael Dearsly, a director, becomes company secretary as well.

Alan Crisp becomes manag ing director of Brow] Brothers, part of the Browi Brother Corporation, after 1' years with the company.

Repcon UK has appointed B G. Ballantine as operation: director, giving hin responsibility for the com pany's five divisions in the UK Trevor Longcroft has lef Commercial Motor to becomi product affairs press office: with Leyland Truck and Bus Trevor leaves after five yean with CM as assistant technica editor, before that he spent si] years with CAV Ltd workim on fuel-injection equipment.