• A plan to base five trucks on a farm 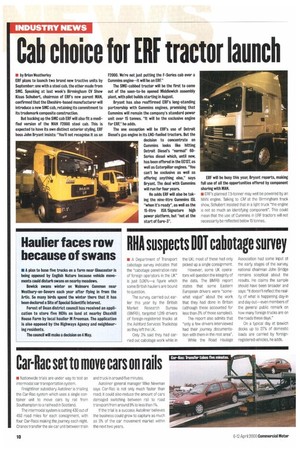 Page 12, 6th April 2000 — • A plan to base five trucks on a farm
Close
Noticed an error?
If you've noticed an error in this article please click here to report it so we can fix it.

near Gloucester is being opposed by English Nature because vehicle movements could disturb swans on nearby meadows.

Bewick swans winter on Walmore Common near Westbury-on-Severn each year after flying in from the Artie. So many birds spend the winter there that it has been declared a Site of Special Scientific Interest.

Forest of Dean district council has received an application to store five HGVs on land at nearby Chaxhill House Farm by local haulier M Freeman. The application is also opposed by the Highways Agency and neighbouring residents.

The council will make a decision on 4 May.