• DEPARTMENT OF TRANSPORT SPERRING/ROCHESTER The Department of Transport's new 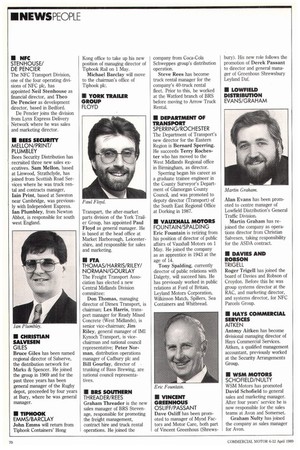 director for the Eastern Region is Bernard Sperring. He succeeds Terry Rochester who has moved to the West Midlands Regional office in Birmingham, as director.

Sperring began his career as a graduate trainee engineer in the County Surveyor's Department of Glamorgan County Council, and was promoted to deputy director (Transport) of the South East Regional Office at Dorking in 1987.