Barriers on the way 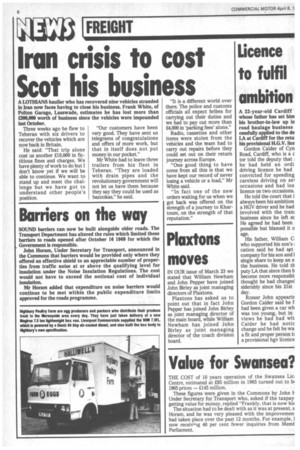 SOUND barriers can now be built alongside older roads. The Transport Department has altered the rules which limited these barriers to roads opened after October 16 1969 for which the Government is responsible.

John Horam, Under Secretary for Transport, announced in the Commons that barriers would be provided only where they offered an effective shield to an appreciable number of properties from traffic noise at or above the qualifying level for insulation under the Noise Insulation Regulations. The cost would not have to exceed the notional cost of individual insulation.

Mr Horam added that expenditure on noise barriers would continue to be met within the public expenditure limits approved for the roads programme.