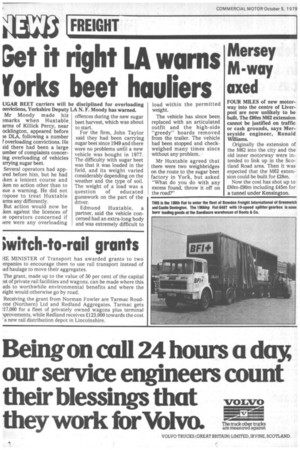 FOUR MILES of new motorway into the centre of Liverpool are now unlikely to be built. The £90m M62 extension cannot be justified on traffic or cash grounds, says Merseyside engineer, Ronald Williams.

Originally the extension of the M62 into the city and the old inner motorway were intended to link up in the Scotland Road area. Then it was expected that the M62 extension could be built for £28m.

Now the cost has shot up to £80m-£90m including -E45m for a tunnel under Kensington.