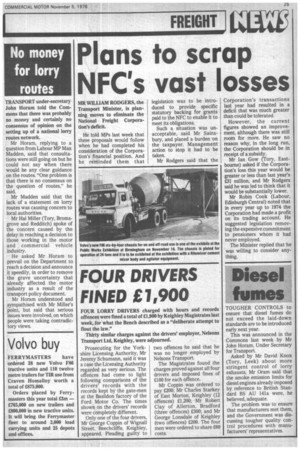 TOUGHER CONTROLS to ensure that diesel fumes do not exceed the laid-down standards are to be introduced early next year.

This was announced in the Commons last week by Mr John Horam, Under Secretary for Transport.

The problem was to ensure that manufacturers met them, and the Government was discussing tougher quality control procedures with manufacturers' representatives.