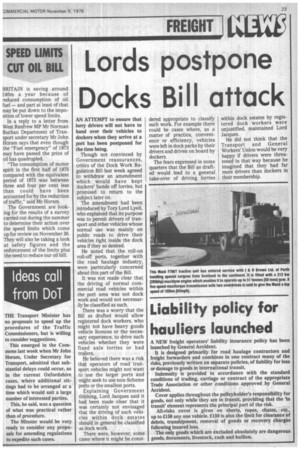 BRITAIN is saving around E40m a year because of reduced consumption of oil fuel — and part at least of that may be put down to the imposition of lower speed limits.

In a reply to a letter from West Renfrew MP Mr Norman Buchan Department of Transport under secretary Mr John Horam says that even though the "Fuel emergency" of 1973 may have passed the price of oil has quadrupled.

"The consumption of motor spirit in the first half of 1975 compared with the equivalent period of 1973 was between three and four per cent less than could have been accounted for by the reduction of traffic," said Mr Horam.

The Government are looking for the results of a survey carried out during the summer to determine their action over the speed limits which come up for review on November 30. They will also be taking a look at safety figures and the enforcement of the limits plus the need to reduce our oil bill.