A SCHEME TO REPLACE BRIGHTON'S TRAMS. 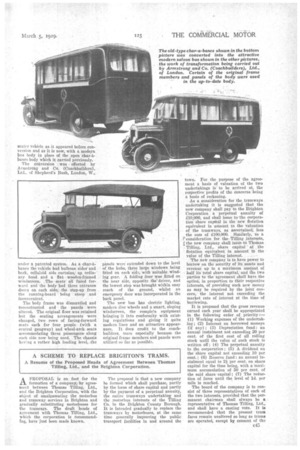 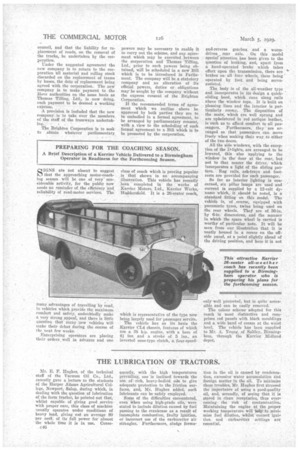 Page 67, 5th March 1929 — A SCHEME TO REPLACE BRIGHTON'S TRAMS.
Close
Noticed an error?
If you've noticed an error in this article please click here to report it so we can fix it.
Keywords : Thomas Tilling, Karrier, Annuity, Tram, Business / Finance

A Resume of the Proposed Heads of Agreement Between Thomas Tilling, Ltd., and the Brighton Corporation.

A PROPOSAL is on foot for the 1-1 formation of a company, by agreement between Thomas Tilling, Ltd., and the Brighton Corporation, with the object of amalgamating the raotorbus and tramway services in Brighton and gradually substituting motorbuses for the tramcars. The draft heads of agreement with Thomas Tilling, Ltd., which the corporation is recommending, have just been made known. The proposal is that a new company be formed which shall purchase, partly by the issue of share capital and partly by the payment of a perpetual annuity, the entire tramways undertaking and the motorbus interests of the Tilling Co. in the Brighton County Borough. It is intended gradually to replace the tramways by motorbuses, at the same time generally improving the public transport facilities in and around the

town. For the purpose of the agreement a basis of valuation of the two nndertakings is to be arrived at, the , respective profits of the concerns being a basis of reckoning.

As a consideration for the tramways undertaking it is suggested that the new company shall pay to the Brighton Corporation a perpetual annuity of £10,000, and shall issue to the corporation share capital in the new flotation equivalent in amount to the valuation of the tramways, as ascertained, less the sum of £100,000. Similarly, as a f'consideration for the Tilling interests, ' the new company shall issue to Thomas Tilling, Ltd., share capital at the flotation equivalent in amount to the

• value of the Tilling interest. . The new company is to have power to borrow on the 'security of its assets and revenue' up to a maximum amount of half its total share capital, and the two parties to the agreement shall have the option, in proportion to their respective • interests, of providing such new money as may be required by the joint concern, the interest not exceeding the market rate of interest at the time of borrowing.

It is proposed that the gross revenue earned each year shall be appropriated in the following order of priority :-(1) Working expenses of the undertaking; (2) Interest on borrowed moneys (if any) ; (3) Depreciation fund: an annual instalment not exceeding 20 per cent, of the first cost of all rolling stock until the value of such stock is written off ; (4) The perpetual annuity to the corporation; (5) A dividend on the share capital not exceeding 10 per cent.; (6) Reserve fund : an annual instalment equal to 2i per cent, on share capital for the time being, with a maximum accumulation of 50 per cent. of the said share capital ; (7) The reduction of fares until the level of id. per mile is reached.

The board of the company is to consist of three representatives of each of the two interests, provided that the permanent chairman shall always be a representative of Thomas Tilling, Ltd., and shall have a casting vote. It is recommended that the present tram fares remain unaltered so long as trains are operated, except by consent of the

council, and that the liability for replacement of roads, on the removal of the tracks, be undertaken by the corporation.

Under the suggested agreement the new company is to return to the corporation till material and rolling stock discarded on the replacement of trams by buses, the date of replacement being agreed with the corporation. The new company is to make payment to the Hove authorities on the 'same basis as Thomas Tilling, Ltd., is now doing, such payment to be deemed a working exriense.

A provision is included that the new company is to take over the members of the staff of the tramways undertaking.

The Brighton Corporation is to seek to ,obtain whatever parliamentary

IONS are not absent to suggest L 1 that the approaching motor-coaching season will be one of very' considerable activity, for the public now needs no reminder of the efficiency and reliability of road-motor services. The

many advantages of travelling by road, in veh cies which provide the maximum comfort and safety, undoubtedly make a very strong Appeal; and there is little question that Many new vehicles will make their debut during the course of the next few weeks.

Enterprising operators are placing their orders well in advance and one powers may be necessary to enable it to carry out the scheme, and any agreement which may be executed between the corporation and Thomas Tilling, Ltd., prior to such powers being obtained, will be scheduled in a new Bill which is to be introduced in Parliament. The company will be a statutory company and no alteration of Its official powers, duties or obligations may' be sought by the company without the express consent of the Brighton Corporation.

If the recommended terms of agreement which we. outline above be approved by both parties they are to be embodied in a formal agreement, to be arranged by parliamentary Consent, with a view to the scheduling of such formal agreement to aBill which is to be promoted by the corporation.

class of coach which is proving popular is that shown in an accompanying illustration. This vehicle has recently been completed in the works of Karrier Motors, Ltd., Karrier Works, Huddersfield. It is a 26-seater coach, which is representative of the type now being largely used for passenger service.

The vehicle has as its basis the .Karrier CL4 chassis, features of which are a 35 lip. engine, With a bore of 41 ins, and a stroke of 5 iris., an inverted cone-type clutch, a, four-speed and-reverse gearbox and a wormdriven . rear axle. On this model special attention has been given to the question of braking, and, apart from a hand-operated brake -which takes effect upon the transmission, there are I` brakes on all four wheels, these being ' operated by foot and being servo

assisted. • The body is of the all-weather type and, incorporates in its design a quicksliding hood, which runs along rails above the window tops. It is built on pleasing lines and the interior is particularly roomy. The disposition of the seats, which are well sprung and are upholstered in red antique leather, is such as to afford comfort to all passengers. Furthermore, they are arranged so that passengers can. move freely when making their way to either of the two doors.

All the side windows, with the exception of the D-lights, are arranged to be lowered, thiS also applying to the window in the door at the rear, but not to that neater the driver, which incorporates a light of the sliding pattern. Rug rails, ash-trays and footrests are provided for each passenger.'

So far as interior lighting is concerned, six pillar lamps are used and current is supplied by a 12-volt dynamo which, it shouldbe noted, is a standard fitting on this model. The vehicle is, of course, equipped with pneumatic tyres, twins being. used on the rear wheels. They are of 36-in. by 6-in: dimensions, and the manner in which the spare wheel is carried is worthy of particular note. It will be seen from our illustration that it is neatly housed in a recess on the offside panel, at a point slightly ahead of the driving position, and here it is not only well protected, but is quite aceesiible and can be easily removed.

• The colour scheme adopted for this coach is most distinctive and comprises red panels with black mouldings and a wide band of cream at the waist level. The vehicle has been supplied to Mr. A. Young. of Sarney, Birmingham, -through the Karrier Midland depot.