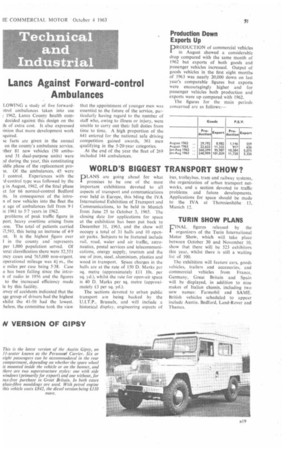 Page 53, 4th October 1963 — TURIN SHOW PLANS
Close
Noticed an error?
If you've noticed an error in this article please click here to report it so we can fix it.

FINAL figures released by the organizers of the Turin International Motor Show, which will take place between October 30 and November 10, show that there will be 523 exhibitors this year, whilst there is still a waiting list of 100.

The exhibition will feature cars, goods vehicles, trailers and accessories, and commercial vehicles from France, Germany, Great Britain and Spain will be displayed, in addition to nine makes of Italian chassis, including two new names: Farmobil and SAME. British vehicles scheduled to appear include Austin, Bedford, Land-Rover and Thames.