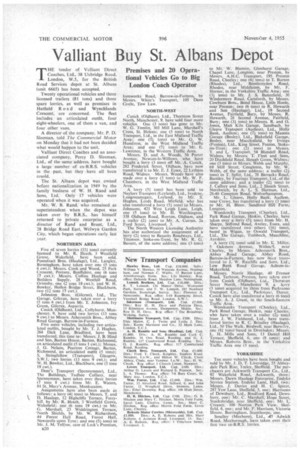 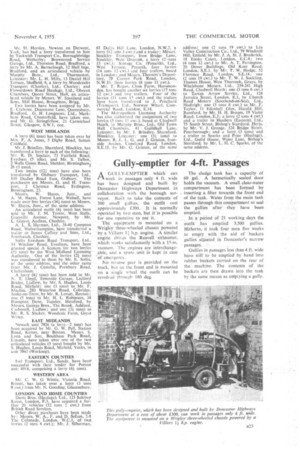 Twenty operational vehicles and three licensed trailers (81 tons) and three spare lorries, as well as premises in Hatfield Road and WynehIands Crescent, are concerned. The fleet includes an articulated outfit, four eight-wheelers, one of them a van, and four other vans.

A director of the company, Mr. P. D. Sleeman, told The Commercial Motor on Monday that it had not been decided what would happen to the unit.

Valliant Direct Coaches and an associated company, Percy D. Sleeman, Ltd., of the same address, have bought a large number of ex-B.R.S. vehicleS in the past, but they have all been resold.

The St. Albans depot was owned before nationalization in 1949 by the family business of W. H. Rand and Sons, Ltd. Only 17 vehicles were operated when it was acquired.

Mr. W. B. Rand, who remained as superintendent when the depot was taken over by B.R.S., has himself returned to private enterprise as a director of Rand and Brunt,. Ltd., 28 Bridge Road East. Welwyn Garden City, which began operations early last year. NORTHERN AREA

SOlik Evesham. -Road Transport, Ltd.. 14 Windsor Road. .Evesham, have been granted special A lieences for two lorries (5Z tons) by the West:Midland Licensing Authority. One of the lorries (24 tons) was transferred to them by Mr. E. Sollis, or the same address, and the other came from. Mr. J. Costello, Prestbury Road,

Tvel Transport, Ltd., Sandy, have been

successful with their tender for Patton unit 49E8, comprising a lorry. (44 tons).