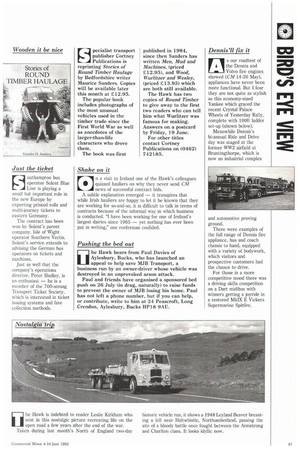 Page 49, 4th June 1992 — Nostalgia trip
Close
Noticed an error?
If you've noticed an error in this article please click here to report it so we can fix it.
Keywords : Leyland, Haltwhistle, Charlton

Idhe Hawk is indebted to reader Leslie Kirkham who sent in this nostalgic picture recreating life on the open road a few years after the end of the war. Taken during last month's North of England two-day

historic vehicle run, it shows a 1948 Leyland Beaver breasting a hill near Haltwhistle, Northumberland, passing the site of a bloody battle once fought between the Armstrong and Charlton clans. It looks idyllic now.