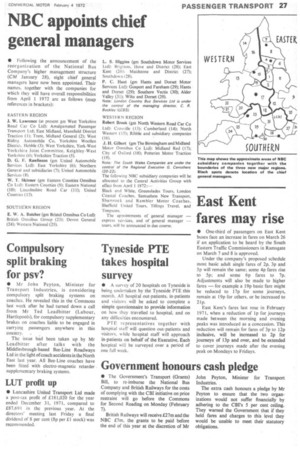 • Following the announcement of the reorganization of the National Bus Company's higher management structure (CM January 28), eight chief general managers have now been appointed. Their names, together with the companies for which they will have overall responsibilities from April 1 1972 are as follows (map references in brackets):

Note: The South Wales Companies are under the control of the Regional Executive G. Carruthers (20-22).