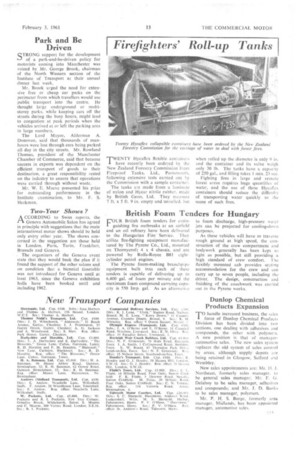 Page 49, 3rd February 1961 — Two-Year Shows ?
Close
Noticed an error?
If you've noticed an error in this article please click here to report it so we can fix it.

ACCORDING to Swiss reports, the Geneva Automobile Salon has agreed in principle with suggestions that the main international motor shows should be held only every other year. The shows concerned in the suggestion are those held in London, Paris, Turin, Frankfurt, Brussels and Geneva. . The organizers of the Geneva event state that they would back the plan if it found the support of the other salons and on condition that a biennial timetable was not introduced for Geneva until at least 1963, since the Geneva exhibition halls have been booked until and including 1962.