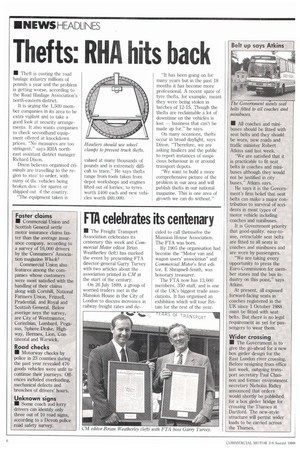 its centenary this week and Commercial Motor editor Brian Weatherley (left) has marked the event by presenting FTA director-general Garry Turvey with two articles about the association printed in CM at the start of the century.

On 26 July 1889, a group of worried traders met in the Mansion House in the City of London to discuss increases in railway freight rates and de cided to call themselve the Mansion House Association. The FTA was born.

By 1905 the organisation had become the "Motor van and wagon users' association" and Commercial Motor's first editor, E Shrapnell-Smith, was honorary treasurer.

The FTA now has 13,600 members, 350 staff, and is one of the UK's biggest trade associations. It has organised an exhibition which will tour Britain for the rest of the year.