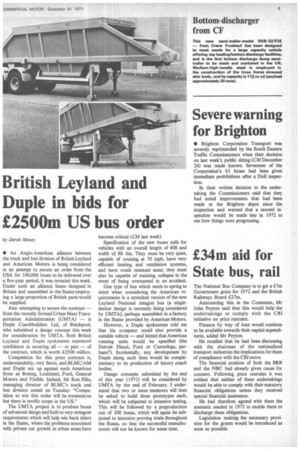 Page 11, 31st December 1971 — Severe warning for Brighton
Close
Noticed an error?
If you've noticed an error in this article please click here to report it so we can fix it.

• Brighton Corporation Transport was severely reprimanded by the South Eastern Traffic Commissioners when their decision on last week's public sitting (CM December 24) was made known. Seventeen of the Corporation's 63 buses had been given immediate prohibitions after a DoE inspection.

In their written decision to the undertaking the Commissioners said that they had noted improvements that had been made at the Brighton depot since the inspection and warned that a second inspection would be made late in 1972 to see how things were progressing.