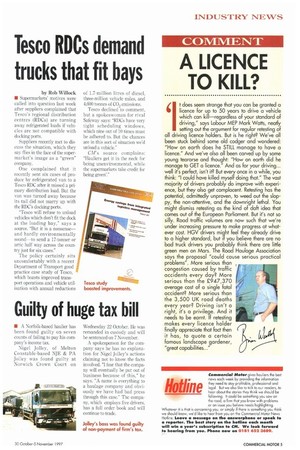 • A Norfolk-based haulier has been found guilty on seven counts of failing to pay his company's income tax.

Nigel Jolley, of Melton Constable-based NJE: & PA Jolley was found guilty at Norwich Crown Court on Wednesday 22 October. He was remanded in custody and will be sentenced on 7 November.

A spokesperson for the company says he has no explanation for Nigel Jolley's actions claiming not to know the facts involved. "I fear that the company will eventually be put out of business because of this," he says. "A name is everything to a haulage company and obviously we have had bad press through this casc.'' The company, which employs five drivers, has a full order book and will continue to trade.