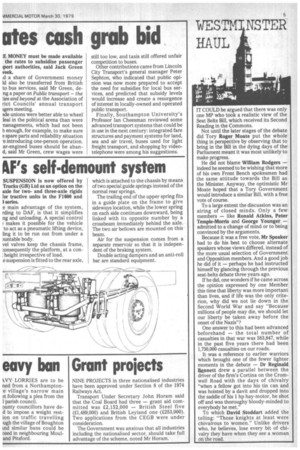 NINE PROJECTS in three nationalised industries have been approved under Section 8 of the 1974 Railways Act.

The Government was anxious that all industries including the nationalised sector, should take full advantage of the scheme, noted Mr Horam.