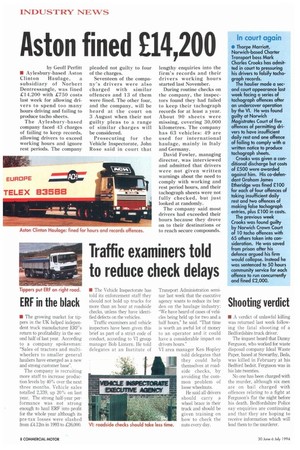 • A verdict of unlawful killing was returned last week following the fatal shooting of a Bedfordshire truck driver.

The inquest heard that Danny Ferguson, who worked for waste disposal company Ideal Waste Paper, based at Stewartby, Beds, was killed in February at his Bedford bedsit. Ferguson was in his late twenties.

No one has been charged with the murder, although six men are on bail charged with offences relating to a fight at Ferguson's flat the night before his death. Bedfordshire Police say enquiries are continuing and that they are hoping to receive information which will lead them to the murderer.