DVSA test fee rises yet to be confirmed 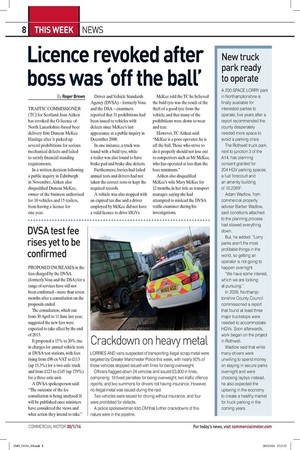 Page 6, 30th January 2014 — DVSA test fee rises yet to be confirmed
Close
Noticed an error?
If you've noticed an error in this article please click here to report it so we can fix it.

PROPOSED INCREASES in the fees charged by the DVSA (formerly Vosa and the DSA) for a range of services have still not been confirmed — more than seven months after a consultation on the proposals ended.

The consultation, which ran from 30 April to 11 June last year, suggested the new fees were expected to take effect by the end of 2013.

A DVSA spokesperson said: "The outcome of the fee consultation is being analysed. It will be published once ministers have considered the views and what action they intend to take."