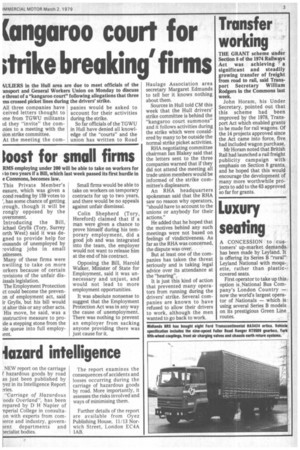 THE GRANT scheme under Section 8 of the 1974 Railways Act was achieving a significant and steadily growing transfer of freight from road to rail, said Transport Secretary William Rodgers in the Commons last week.

John Horam, his Under Secretary, pointed out that this scheme had been improved by the 1978, Transport Act which enabled grants to be made for rail wagons. Of the 14 projects approved since the Act came into force, five had included wagon purchase.

Mr Horam noted that British Rail had launched a rail freight publicity campaign with emphasis on Section 8 grants, and he hoped that this would encourage the development of many more worthwhile projects to add to the 63 approved so far for grants.