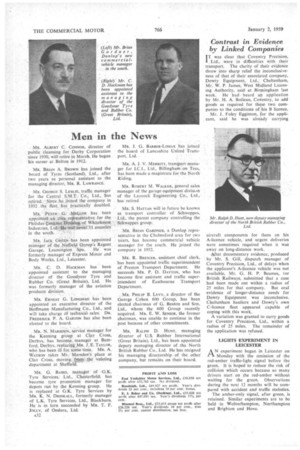 Page 34, 2nd January 1959 — LIGHTS EXPERIMENT IN LEICESTER
Close
Noticed an error?
If you've noticed an error in this article please click here to report it so we can fix it.

AN experiment began in Leicester on Monday with the omission of the red-amber traffic-light signal before the green. It is hoped to reduce the risk of collision which occurs because so many drivers start on the red-amber without waiting for the green. Observations during the next 12 months will be compared with accident and traffic statistics.

The amber-only signal, after green, is retained. Similar experiments are to be held in Wolverhampton, Northampton and Brighton and Hove.