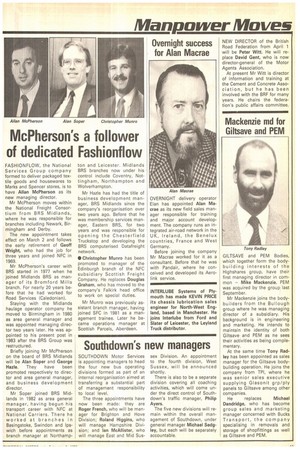 SOUTHDOWN Motor Services is appointing managers to head the four new bus operating divisions formed as part of an internal reorganisation aimed at transferring a substantial part of management responsibility to local level.

sex Division. An appointment to the fourth division, West Sussex, will be announced shortly.

There is also to be a separate division covering all coaching activities, which will come under the direct control of Southdown's traffic manager, Philip Ayers.

The five new divisions will remain within the overall management of Southdown, under general manager Michael Sedgley, but each will be separately accountable.