Rail Line not enough to ease A14 congestion 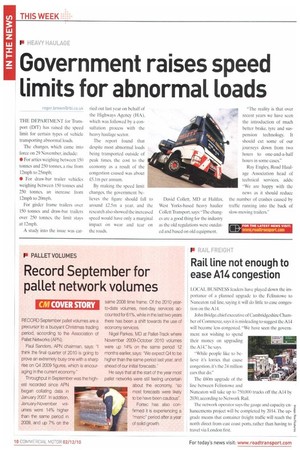 Page 10, 2nd December 2010 — Rail Line not enough to ease A14 congestion
Close
Noticed an error?
If you've noticed an error in this article please click here to report it so we can fix it.

LOCAL BUSINESS leaders have played down the importance of a planned upgrade to the Felixstowe to Nuneaton rail line, saying it will do little to ease congestion on the A14.

John Bridge. chief executive of Cambridgeshire Chamber of Commerce, says it is misleading to suggest the A14 will become less congested. "We have seen the government not wishing to spend their money on upgrading the A14," he says.

"While people like to believe it's lorries that cause congestion, it's the 24 million cars that do."

The £60m upgrade of the line between Felixstowe and Nuneaton will take up to 750,000 trucks off the Al4 by 2030, according to Network Rail.

The network operator says the gauge and capacity enhancements project will be completed by 2014. The upgrade means that container freight traffic will reach the north direct from east coast ports, rather than having to travel via London first.