It's clamps for London 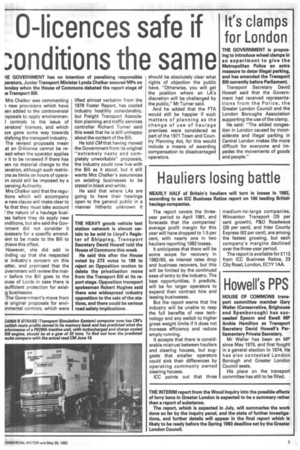 Page 3, 29th May 1982 — It's clamps for London
Close
Noticed an error?
If you've noticed an error in this article please click here to report it so we can fix it.
Keywords : Parking, Clamps, Wheel Clamp, Traffic Congestion, Social Issues, Politics

THE GOVERNMENT is proposing to introduce wheel clamps in an experiment to give the Metropolitan Police an extra measure to deter illegal parking, and has amended the Transport Bill currently before Parliament.

Transport Secretary David Howell said that the Government had received representations from the Police, the Greater London Council and the London Boroughs Association supporting the use of the clamp.

He said: "The added congestion in London caused by inconsiderate and illegal parking in Central London makes life more difficult for everyone and impedes the movements of goods and people."