Norris takes a job with Ken 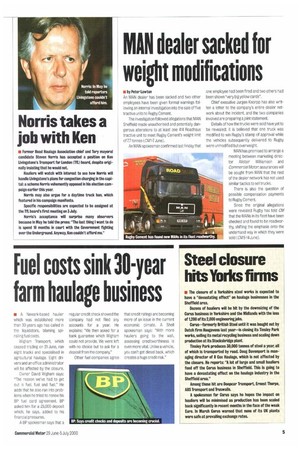 in Former Road Haulage Association chief and Tory mayoral candidate Steven Norris has accepted a position on Ken Livingstone's Transport for London aft) board, despite originally insisting that he would not.

Hauliers will watch with interest to see how Norris will handle Livingstone's plans for congestion charging in the capital: a scheme Norris vehemently opposed in his election campaign earlier this year.

Norris may also argue for a daytime truck ban, which featured in his campaign manifesto.

Specific responsibilities are expected to be assigned at the TfL board's first meeting on 3 July.

Norris's acceptance will surprise many observers because in May he told the press: The last thing I want to do is spend la months in court with the Government fighting over the Underground. Anyway, Ken couldn't afford me."