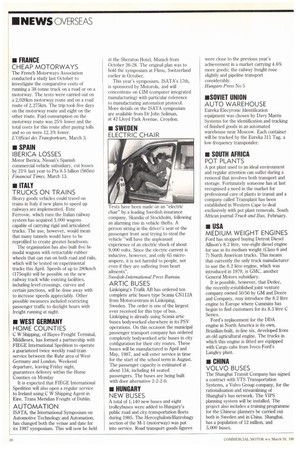 Page 22, 28th March 1987 — ARTIC BUSES
Close
Noticed an error?
If you've noticed an error in this article please click here to report it so we can fix it.

LinkOping's Trafik AB has ordered ten complete artic buses type Scania CN112A from Motorcentrum in Linkoping, Sweden. The order is one of the largest ever received for this type of bus. Linkoping is already using Scania artic buses bodyworked elsewhere in its PSV operations. On this occasion the municipal passenger transport company has ordered completely bodyworked artic buses in city configuration for their city routes. These buses will be manufactured in April and May, 1987, and will enter service in time for the start of the school term in August. The passenger capacity is estimated at about 134, including 44 seated passengers. The buses are being built with door alternative 2-2-2-0.