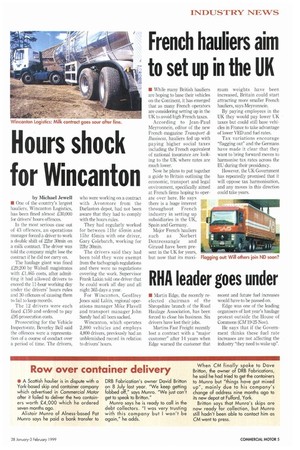 Page 7, 28th January 1999 — RHA leader goes under
Close
Noticed an error?
If you've noticed an error in this article please click here to report it so we can fix it.
Keywords : Road Haulage Association, Shropshire, Haulage, Business / Finance, Labor

• Martin Edge, the recently reelected chairman of the Shropshire branch of the Road Haulage Association, has been forced to close his business. Six drivers have lost their jobs.

Martins Fast Freight recently lost a contract with a "major customer" after 14 years when Edge warned the customer that recent and future fuel increases would have to be passed on.

Edge was one of the leading organisers of last year's haulage protest outside the House of Commons (CM19-25 Nov).

He says that if the Government thinks these fuel rate increases are not affecting the industry "they need to wake up".