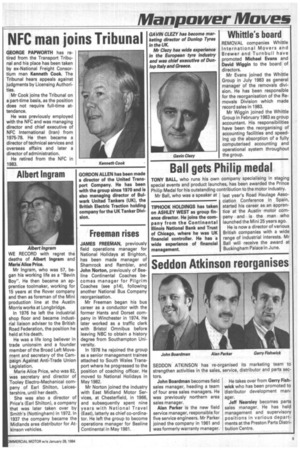 GEORGE PAPWORTH has retired from the Transport Tribunal and his place has been taken by ex-National Freight Consortium man Kenneth Cook. The Tribunal hears appeals against judgments by Licensing Authorities.

Mr Cook joins the Tribunal on a part-time basis, as the position does not require full-time attendance.

He was previously employed with the NFC and was managing director and chief executive of NFC International (Iran) from 1975-78. He then became a director of technical services and overseas affairs and later a director of administration.