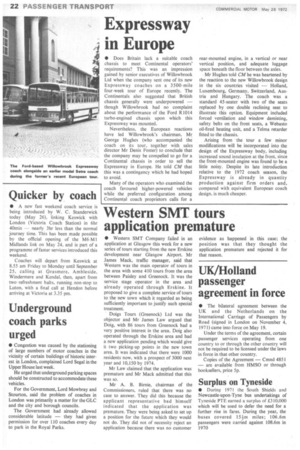 Page 24, 26th May 1972 — Underground coach parks urged
Close
Noticed an error?
If you've noticed an error in this article please click here to report it so we can fix it.

• Congestion was caused by the stationing of large numbers of motor coaches in the vicinity of certain buildings of historic interest in London, complained Lord Segal in the Upper House last week.

He urged that underground parking spaces should be constructed to accommodate these vehicles.

For the Government, Lord Mowbray and Stourton, said the problem of coaches in London was primarily a matter for the GLC and the city and borough councils.

The Government had already allowed considerable latitude — they had given permission for over 110 coaches every day to park in the Royal Parks.