A REQUEST for a Parliamentary debate on the effects of 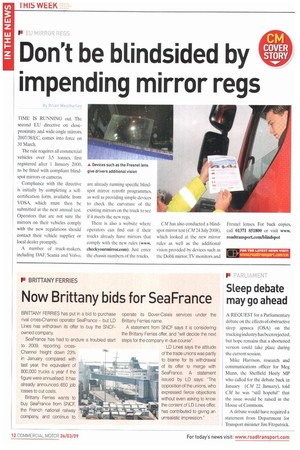 obstructive sleep apnoea (OSA) on the trucking industry has been rejected, but hope remains that a shortened version could take place during the current session.

Mike Harrison, research and communications officer for Meg Munn, the Sheffield Heely MP who called for the debate back in January (CM 22 January), told CM he was "still hopeful" that the issue would be raised in the House of Commons.

A debate would have required a statement from Department for Transport minister Jim Fitzpatrick.