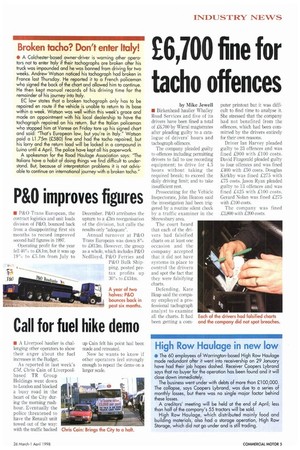 Page 7, 26th March 1998 — Call for fuel hike demo
Close
Noticed an error?
If you've noticed an error in this article please click here to report it so we can fix it.
Keywords : Rushhour, Renault, Bus

• A Liverpool haulier is challenging other operators to show their anger about the fuel increases in the Budget.

As reported in last week's CM, Chris Cain of Liverpool. based TR Group Holdings went down to London and blocked a busy road in the heart of the City during the morning rushhour. Eventually the police threatened to have the Renault unit towed out of the way: with the traffic backed up Cain felt his point had been made and retreated, Now he wants to know if other operators feel strongly enough to repeat the demo on a larger scale,