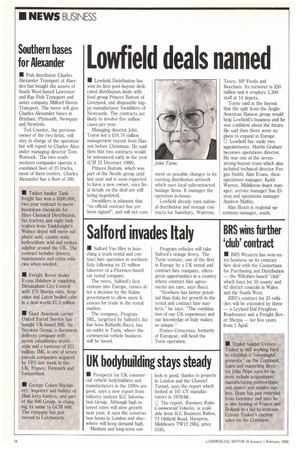 The move, Salford's first venture into Europe, comes after a decision by the Italian government to allow more licences for trade in the rental market.

The company, Program SRL, targetted by Salford's Italian boss Raffaello Bacci, has an outlet in Turin, where the commercial vehicle business will be based. Program vehicles will take Salford's orange livery. The Turin venture, one of the first in Europe by a UK rental and contract hire company, offers great opportunities in a country where contract hire agreements are rare, says Bacci.

"Nowhere has better potential than Italy for growth in the rental and contract hire markets," he says. The combination of our UK experience and our knowledge of Italy makes us unique."

Franco Crescenzo, formerly of Europcar, will head the Turin operation.