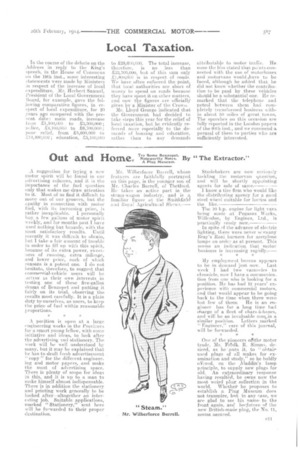 Page 15, 26th February 1914 — Local Taxation.
Close
Noticed an error?
If you've noticed an error in this article please click here to report it so we can fix it.
Keywords : Public Finance, Finance, Tax, Politics

Mr. Lloyd George indicated that the Government had decided to take steps this year for the relief of local taxation, but he evidently re

more especially to the demands or housing and education, rather than to any demands

attributable to motor traffic. He none the lass stated that po‘intscon. nected with the use of motorbuses and motorvans would ,have to be faced, although he added that he did not know whether the contribution to be paid by these vehicles should be a substantial one. He remarked that the telephone and petrol between them. had completely transformed business within about so miles of great towns. The speeches on this occasion are fully reported in the London papers of the 20th inst., and we commend a perusal of them to parties who are sufficiently interested.